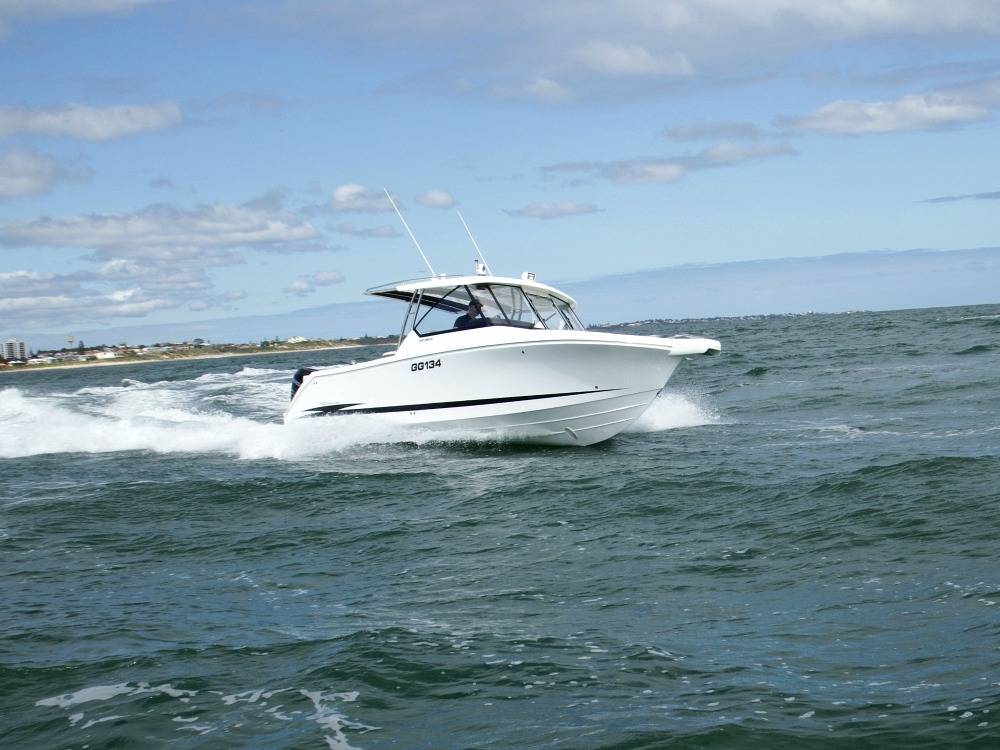 Fitted with twin 225 Mercury Verado outboards, the new Fury 282 Dual Console is better than ever – faster, better balanced and roomier.

“Having experienced the difference, the 225 Verados are now definitely our preferred motors on this boat,” said Fury Custom Boats owner/director, Scott Fury.

The Dual Console, which attracted plenty of attention at the recent Perth International Boat Show, is a brilliant multi-purpose machine – a bow-rider with a protected helm, a large fishing area and plenty of comfort with a bedroom, toilet, galley and BBQ if you want.

The addition of twin 225hp Mercury Verados have made a very attractive package even better.
“With the Verados, the boat sits perfectly in the water. The trim’s better so we get improved performance,” Scott said.

The boat, which tips the scales at about 3.8 tonnes, now also moves faster.

“The fuel economy was good and I’m sure it will get better as the engines settle in,” he said. Feedback from the boat’s owner has been similarly positive.

“He’s very happy,” Scott said. “The engines are quiet and smooth, they perform really well and he’s thrilled with all the extra room they provide in the fishing area.”

The new Generation 5 Verados are less complicated to rig so there’s more space between the engines and the transom. They are also narrower, allowing easier access through the transom door to the swim ladder.

Scott’s appreciation of the new engines extends into the cockpit.

“The boat has Simrad displays and the way the engine information is shown is impressive. I think the throttle arrangement is great as well, with one lever controlling both engines means driving the boat is that much easier,” he said.

“As I said, ultimately it’s up to the owner which engines are used but I’m going to be recommending the Verados certainly.”